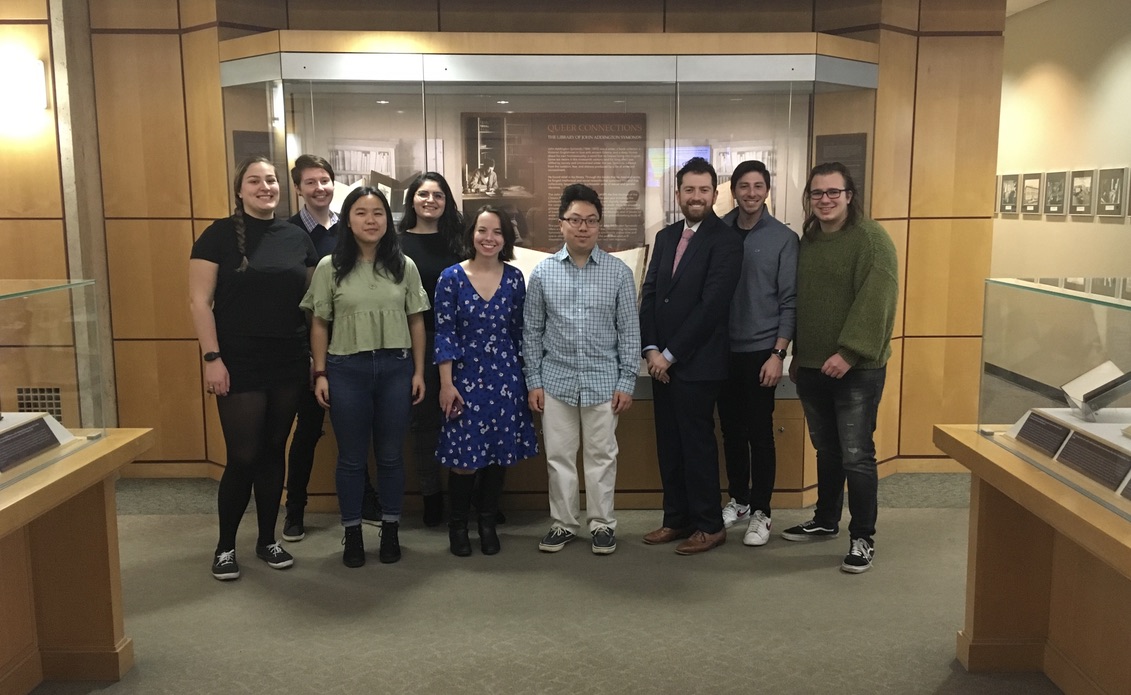 On December 5, 2019, students, faculty, staff, and friends celebrated the opening of Queer Connections: The Library of John Addington Symonds. The exhibition was curated by the fall 2019 cohort of JASP student researchers (shown in the photo), under the supervision of project directors Shane Butler and Gabrielle Dean.

The exhibition features nearly two dozen rare books, magazines, and letters that document Symonds’s life and the network he constructed through a lifetime of reading and writing. Included are actual copies of books he owned or gave to others, as well as copies of other works he is known to have read or inspired.

The star of the show is the library’s newly acquired copy of the 1883 first edition of A Problem in Greek Ethics, privately printed in just ten copies. Displayed alongside it are letters between Symonds and Richard Burton, the adventurer and translator of The Arabian Nights, to whom this particular copy briefly belonged.

Some of the other items on display:

The exhibition, located the main floor of the Eisenhower Library on the Homewood Campus of Johns Hopkins University, is open to the public and will remain on display until March 2020. Please check the library’s main website for opening hours, and note that a photo ID is required for entry. 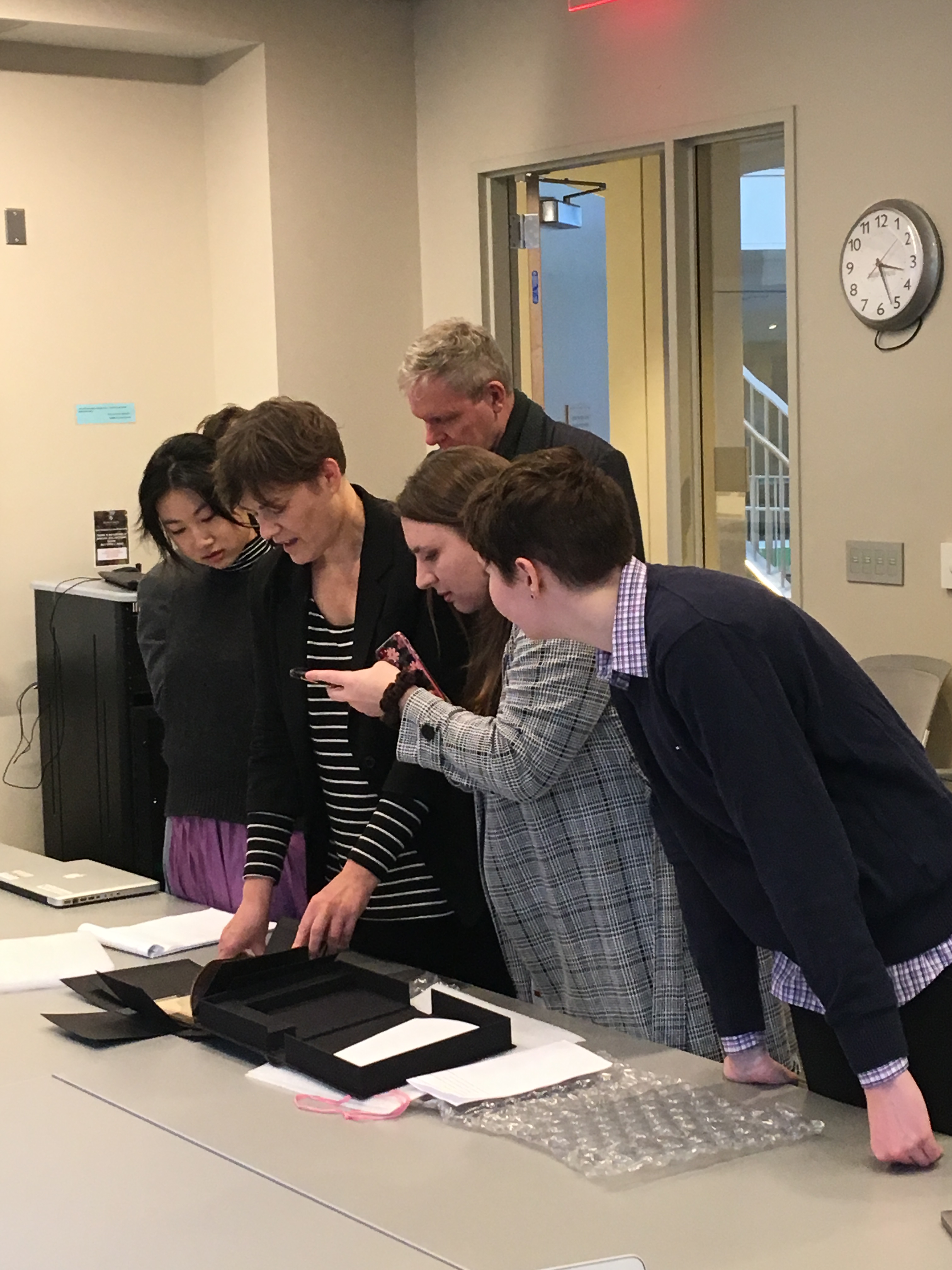 JASPers, invited guests, and the press were on hand Thursday, November 21, to welcome the arrival of one of the ten copies Symonds privately printed in 1883 of his groundbreaking essay, A Problem in Greek Ethics. Until just a few weeks ago, only five of the original ten were known to survive, but when a sixth appeared on the antiquarian book market, Gabrielle Dean, William Kurrelmeyer Curator of Rare Books and Manuscripts and co-PI of JASP, moved quickly to acquire it for Hopkins. This is in fact copy #6, as Symonds numbered the set, and it once belonged to Richard Burton, translator of the Arabian Nights. With the book came a pair of letters between Symonds and Burton on the occasion of the loan. (In his letter, Symonds asks Burton to return the copy when he has finished reading it.)

We’ll be posting more about this exciting discovery in the coming weeks and months, so stay tuned!