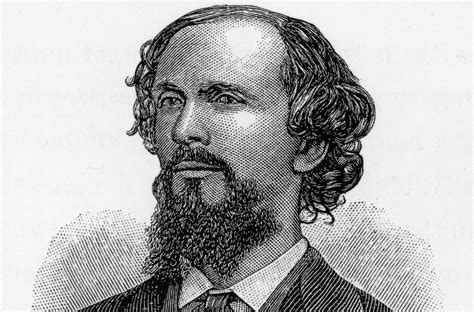 Karl Heinrich Ulrichs’ series of twelve pamphlets, Forschungen über das Rätsel der mannmännlichen Liebe (“Research on the riddle on male-male love”), published between 1864 and 1870, comprise a seminal work in the history of sexuality. For Symonds, Ulrichs’ texts lay the foundation for his understanding of “sexual inversion,” the more common term and concept before they were supplanted by “homosexuality,” which Symonds himself was the first to borrow from the language of German sexologists.

Symonds references the idea of “Urnings,” a term that Ulrichs uses to describe men who are attracted other men. In particular, Symonds references “Uranian Love,” as it is described in Plato’s Symposium, in A Problem in Greek Ethics:

“The offspring of the heavenly Aphrodite is derived from a mother in whose birth the female has no part. She is from the male only; this is that love which is of youths, and the goddess being older, has nothing of wantonness.”

The etymological origin for the term “Urning” is Uranus, based on the idea that Aphrodite’s origin is from Uranus’s testicles, as Plato explains in the Symposium. For Ulrichs, Urnings “form a sex apart—having literally a feminine soul included within a male body,” in reference to Aphrodite’s contrasting lineage and form (Symonds, Sexual Inversion, 102). This framing is epitomized by the “woman in male form” motif in Ulrichs’ explanation of sexual inversion. Ulrichs’ use of a classical framework resembles Symonds’ use of a classical framework in his Memoirs. Symonds states that:

Our earliest memories of words, poems, works of art, have great value in the study of psychical development.

For Symonds, classical art provides a place where an analysis of the kind that all of the sexologists of his day try to do with psychological theories because it focuses on the individual lived experience. The response to art—in Symonds’ case, art from classical antiquity—provides an insight into what Symonds perceives as the ideal form of human relationships. Most psychological studies of Symonds’ time dealt with explanations of phenomena like sexual inversion from the outside looking in, figuratively speaking, by using theoretical models to explain behaviors. Symonds inverts that paradigm, by building out from experience toward a larger theory of sexology. When one views artistic depictions of bodies, there can be an underlying sexual reaction to the artistic representation of the body.

In A Problem in Modern Ethics, Symonds references Ulrichs as the first scholar to offer “serious and sympathetic treatment” of the topic of sexual inversion (159). For Symonds, Ulrichs “proceeds to argue that the present state of the law in many states of Europe is flagrantly unjust to a class of innocent persons, who may indeed be regarded as unfortunate and inconvenient, but who are guilty of nothing which deserves reprobation and punishment” (ibid. 159). In large part, Symonds agrees with Ulrichs’ view of the legal oppression of same-sex relations, and in that sense, Symonds sees Ulrichs as one of the first scholars to take a more research-based approach to the issue.

Symonds notes that the German lawyer wrote his pamphlets with the intention of establishing “a theory of sexual inversion upon the basis of natural science, proving that abnormal instincts are inborn and healthy in a considerable percentage of human beings” and therefore “that they do not owe their origin to bad habits of any kind, to hereditary disease or to wilful depravity” (ibid. 159).

Symonds argues that of the twelve pamphlets that were published, the seventh is the one that introduces the major concepts of Ulrichs’ theories: “Memnon may be used as the textbook of its author’s theories” (ibid. 159). In his seventh pamphlet “Memnon,” Ulrichs states that:

“The primitive hermaphrodite is reshaped into an Urning. There arises a man, but not in the strict sense, endowed with a female sexual drive, who, therefore, although he has testicles, feels himself attracted through the inner sexual drive, not to women, but to (young) men, hence an Urning.”

Ulrichs’ theory then splits the Urning into different types, distinguished based on the behaviors of the Urning: “the Mannling and the Weibling. Mannlings’ physical characteristics…are completely masculine; only the bare mental sex, the direction of the yearning towards the male sex, is feminine,” while Weiblings are physically and sexually “completely feminine; only the biological sex is masculine” (ibid. 306). To these basic categories he added a series of subcategories and hybrid categories.

Symonds relates to Ulrichs’ sexological theories at a personal level, not just on an academic level. “With regard to Ulrichs, in his peculiar phraseology, I should certainly be tabulated as a Mittel Urning , holding a mean between the Mannling and the Weibling ; that is to say, one whose emotions are directed to the male sex during the period of adolescence and early manhood; who is not marked either by an effeminate passion for robust adults or by a predilection for young boys” (Memoirs , 103).

While Ulrichs’ influence on Symonds can been seen in his understanding of sexual inversion and the common connection with the classical framework of Uranian love, Symonds was by no means completely in agreement with Ulrichs. In his Memoirs, Symonds notes some of these disagreements and explains his own understanding of sexual inversion: “It does not appear to me that either Ulrichs or the school of neuropathical physicians have solved the problem offered by individuals of my type” (102). Specifically, Symonds agrees with Ulrichs’ general hypothesis about the natural origin of sexual inversion, but he sees a disconnect between Ulrichs’ theories and his own lived experience and personal view of idealized love between men.

As a result of his disagreement with previous scholarship on sexual inversion, Symonds argues “that the abnormality in question is not to be explained either by Ulrichs’s theory, or by the presumptions of the pathological psychologists. Its solution has to be sought far deeper in the mystery of sex, and in the variety of type exhibited by nature” (Memoirs, 103). In other words, Symonds places himself as a descendant and a critic of the ideas put forth by previous scholars.

John Addington Symonds was exposed to classical Greco-Roman art through the large illustrated folios in the library in his childhood home in Clifton. In his Memoirs, Symonds recalls that his house “was well stocked with engravings, photographs, copies of Italian pictures, and illustrated works upon Greek sculpture.” (118). From this large collection, Symonds mentions that “the two large folios issued by the Dilettante Society were among my favorites” (ibid). The Dilletante Society that Symonds refers to, more properly known as the Society of Dilettanti, was an academic society that focused on studying ancient Greek and Roman art.

One of these folios is most likely Specimens of Ancient Sculpture, Ægyptian, Estruscan, Greek, and Roman: Selected from Different Collections in Great Britain published by the Society of Dilettanti published in 1809. Specimens is filled with engravings that reproduce pieces of sculpture obtained by the British Museum from private donors of ancient Greek sculptures, including the figure of Apollo, whose representations in art and literature became an inspiration for Symonds throughout his life. Symonds describes the attraction as follows:

“The kernel of my inspiration was that radiant figure of the young Apollo, doomed to pass his time with shepherds, serving them, and loving them. A luminous haze of yearning emotion surrounded the god. His divine beauty penetrated my soul and marrow”

In this depiction of the god, he seems to be engaging in something related to nature, like hunting. According to the text in the book, “the right arm might have rested on a quiver, the left seems to have held a bow, which has been in contact with the leg on the left side.” (Society of Dilettanti).

In the corner of the plate, is the inscription “J.S. Agar”, referring to John Samuel Agar, a painter and engraver in the early nineteenth century, close to the publication date of this book. Unlike John Flaxman, another engraver of the time, Agar utilizes a style of engraving depicts Apollo’s full form in a realistic style. This depiction of Apollo, with its sharp details, displays his physicality, not his intellect or his association with the arts, comparable more to “patron of pugilism than to the leader of a celestial orchestra” (Society of Dilettanti).

Symonds equates Apollo with masculinity and his association with nature, such as the legends of Apollo’s travels among shepherds. For Symonds, “the god of my adoration drank life and love among the sheep-cotes of Admetus” (Memoirs, 114). Symonds understands Apollo as both an abstracted deity of the arts, but also as a representation of ideal male beauty. This view of Apollo is one that depicts idealized beauty which Symonds uses to judge what he perceives in others.

Symonds’s view of art also influenced his view of real life. When he describes his relationship with William Dyer, Symonds describes his friend as: “the boy who owned that voice seemed the only beautiful, the only flawless being I had ever seen” (Memoirs, 155). This description of Dyer reflects the view that Symonds holds in his mind about ideal beauty, which he contrasts to the social relationships that prevailed at Harrow.

He writes that Dyer “had delivered my soul from the Egyptian house of Harrow bondage. He enabled me to realize an ideal of a passionate and yet pure love between friend and friend” (Memoirs, 158). This use of the “ideal” clearly manifests itself in the way that Symonds translates his love for William into the classical framework.